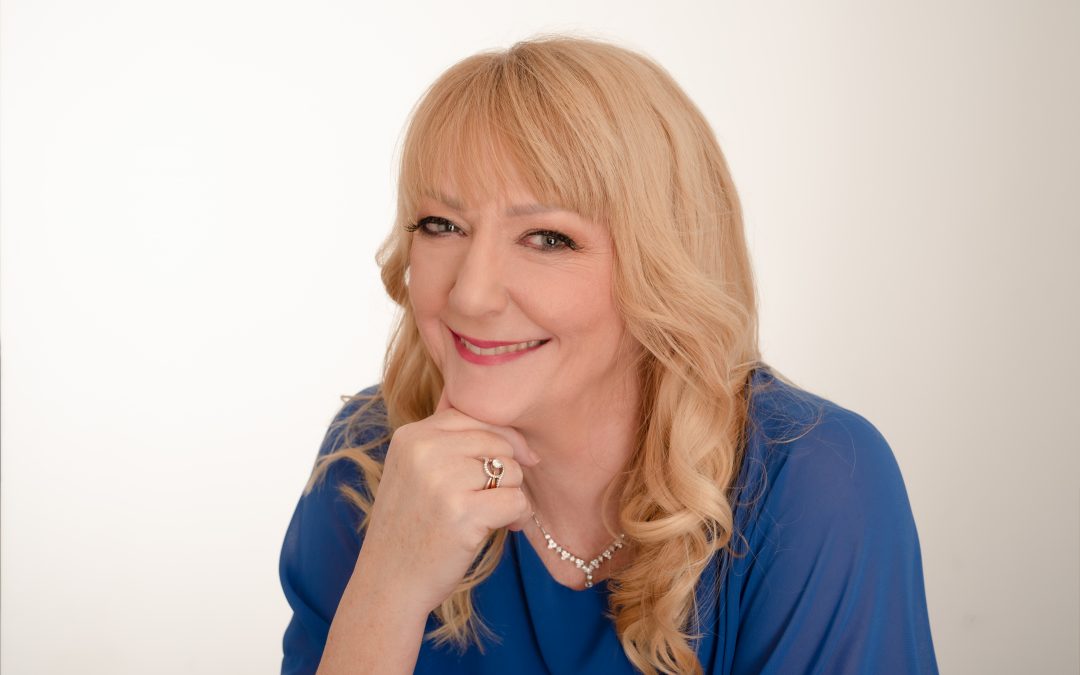 “Determination, endurance and character is often directly correlated with hardships.”

“Debbie’s strength is that she has no knowledge of the theoretical principles and the underlying boundaries known by formally educated scientists. A commitment to results in human health drives her research backwards into modern science and academia. It is a ‘technology’ proven in humankind that makes a ‘science’ practical for people.

Relating to the life of Nikola Tesla she fosters an unusual understanding of the phenomena of her working technology, but should not be denied. A technology that science is yet to understand and measure. Observational studies in human subjects have evidenced a plethora of safe end points. Reports present a wide range of therapeutic outcomes which she has shown are repeatable. Of course, scientists hope for such an occurrence just once in their career.

Debbie has vision beyond the standard model of elementary particles or baryonic matter towards the yet unidentified cosmic forces, without realising she is articulating these things. Her calm debates challenge my long held perspectives from her intellectual curiosity, which remains a mystery.

However, if the great mystery of nature is solved and the truth of nature can be approached, it is a common treasure of humankind, regardless of where the achievement originates and regardless of how it is presented.”

“My mum used to get myself and my brother up at 5am every morning for swimming training at the Cronulla pool- we were only seven years old,” says Debbie, “We both became state champion swimmers and it taught me the importance of discipline, and the fact that you have to work hard to achieve a goal and a result.”

Debbie developed a love of music early-on in life.

“I used to sing karaoke at home, play guitar and piano, and write music,” says Debbie, “By the age of 13, every Friday night, about 100 teenagers would descend on my living room, which was the size of a mini ballroom as our large house used to be a nun’s convent. We would have the church rock band playing, sing together, and eat. It was a happy time of my life. The word of God had the greatest influence on me then, and still does.”

Although a popular child with her peers, Debbie struggled with learning difficulties at school, in particular an inability to read a book past a page.

“The school told my parents, in front of me as an 11 year old, that I was just a kid who was a dreamer- a visionary who was not intended to sit at a desk with a book- and that the education system was not designed for students like me,” says Debbie, “I was put in the bottom classes going into high school and was quite shy, with teachers who were just baby sitters due to the disruptive children in my classes, so my grades fell even further. I learnt from listening, if they were able to teach, and not from reading. It wasn’t until I was 28 years old that I was diagnosed with stigmatism during the first eye check I had ever had, which means everything on the page that I see looks fuzzy, and I found out that was why I couldn’t read properly. I never complained, I thought my reality was normal, and it was everyone’s normal. We don’t know what normal is, until someone shows us a different perspective. I was pregnant then, and I couldn’t place the cars on the road coming towards me. This led to my doctor sending me for an eye check-up. ”

“After a year of training my eye muscles, I went on to do sixteen years of academic study, gaining distinctions as I studied a Certificate, Diploma, Bachelor, two MBA’s (Masters) two different Universities and then Corporate Governance and Law.” says Debbie, “Education is not about getting that piece of paper to me- it’s a mindset of being hungry for new knowledge. Nothing is stronger than determination. Education also gave me the ability to slow down and think through paradigms- it taught me to critically analyse an issue from various perspectives and the importance of identifying the higher level sources of my information.”

Despite this, Debbie became an entrepreneur at the age of 16, pursuing a career in her much-loved field of music, whilst starting three companies before she was 18 years old.

“At 17, I won a state scholarship for my song writing ability, which awarded me with a two-week mentorship to be tutored by senior professionals in my field,” says Debbie, “I wanted to be a sound engineer and went on to become the assistant to a famous one in Sydney. I would come into the well-known recording studios every day after school in my uniform, and on weekends when I would sleep on the couch, to be the run-around junior, setting up microphones and helping out bands and artists for free. I didn’t care that I wasn’t getting paid because I was learning and doing what I loved. We produced the Neighbours TV series theme song, Toohey’s and Meadow Lea commercials for MOJO advertising, and I helped Elton John with one of his albums when he was in Australia. Elton John’s producer offered me a job in America on their team, my parents said no, and I didn’t like them for months.”

Debbie went on to get a paying job, as she was head hunted by the country’s largest television network Channel 9, for their live shows. The station manager had heard of her unique practical skills with sounds and thought she’d be an asset to their lives shows.

“I used 48 channel analogue mixing desks to make voices and other sounds better on shows like 60 minutes, Wide world of Sports, the Midday Show, and the Today Show,” says Debbie, “I worked with all the live television presenters, directors and producers very closely. After an unusual incident in the newsroom that I resolved, I was promoted to an audio director after only six months; promoted over other more qualified staff members, who there-after sabotaged me and my work. After they drugged my glass of water and I ended up in hospital for days, I left the music and television industry at the age of 20, but was pleased because I had reached the highest peak available in that industry.”

After closing the music chapter of her life and her small companies, which she founded on intuition and entrepreneurial spirit alone, Debbie gradually became an ‘Independent Chief Executive’ for 24 years, leading the agenda of wealthy entrepreneurs around the world inside their multiple companies. She became internationally renowned in this unique role during those years across numerous cultures and industries. Over time, the inventor of the original Elanra medical devices, Joshua Shaw, insisted Debbie become his sole protege. Today she is an Independent Scientist and founder of Bionic Air and has improved the medical device range for public health benefits. Debbie is a multi-award winning business leader and entrepreneur in Australia. Her rare mix of intuition, innovation and academic rigour on a foundation of strong ethics have been and continue to be in high demand internationally.

“As an Independent Chief Executive I was self-employed and contracted my services for those 24 years,” says Debbie, “I lived in Australia weekends as my two daughters grew up, and abroad Monday to Friday. I worked in diplomacy for the Brazilian ambassador and fortune 50 companies for nine and a half years, alongside a handful of private entrepreneurs and their companies, in many countries as they needed. I have never had to look for work. Every role I had I was referred to by entrepreneurs I knew and previous companies. I didn’t find them, they found me!”

“Joshua and I had a solid friendship built from my curiosity and studies into the Jewish heritage and we became best mates,” says Debbie, “I lived an isolated life and he felt like a loner, being single-mindedly focused on our work and responsibilities, with no time for a social graces. It was great to meet such a like-minded person.”

“I originally had no intention of becoming so involved with the medical device industry or Joshua’s original technology, but Joshua ripped up my contract to return to the United Arab Emirates, demanding my help as he sought to come out of retirement with his life’s work and create me to be his protege!” says Debbie, “It took some time of humorous conflict before an agreement. I guess by not knowing the theories behind the multi-disciplinary science’s, I was able to understand what Joshua taught me as truth, because I had no boundaries in order to disagree with him! Later the technology was improved and I undertook my own intense academic study, after witnessing the incredible health results in our patients in Australia and then learning from gracious Professor’s around the world since 2018 who have supported me. Today, I work across 38 disciplines, but only focus in a narrow segment of each one. Disciplines such as, non-equilibrium cold air plasma, quantum physics, engineering, astronomy related to the unseen world, electrophysiology, marine microbiology; and health medical sciences such as biology, virology, immunology and neuro-quantology, plus more. Unfortunately there was no university who could help me learn what I needed to know. Understandably, universities teach a deep knowledge from each discipline. So in my case, if each discipline took three years to study, that means, it would take me 114 years to be qualified under the existing education system! Some people say I have no work-life balance, but I’m doing what I enjoy helping the health of millions of people; and in my mind family, work and life in general should all be integrated as one.

“I really love people- that heart-to-heart connection that I particularly find so strong in China,” says Debbie, “I treat everyone the same, whether they are a king or the garbage collector, and I am inspired by someone’s true soul and authentic manner. Over the course of my career, I have learned endurance and have a stronger faith. Integrity is extremely important to me, and I will not tolerate people who breach these values in any business I am responsible for.”

“To me, a company is like a person, each limb is a team member having its own unique strengths and weaknesses, to make up the human being illustration of a company or a whole,” says Debbie, “The challenge is knowing your people well enough to see their potential before they can see it in themselves; believing in your people before they can believe in themselves; and then helping them shine by preparing them for the roles that best suit their nature and genuine character. If a leader can put the right people on the bus, and the right bottom on the right seat, then the bus can reach destinations that no-one else can catch up too. It’s called a rich culture.”

“I’m still as determined as always, still enjoy karaoke, bible study, good food and seeing thousands of patients succeed in their health,” says Debbie, “I have faith in the Lord God, who has given me strength beyond my own capacity. He has carried me through some stormy times and brought me through it all as a better person, so I live a life of gratitude for family and the people I have met, and the way they have all touched my life. Today I do not call myself a business person, but a humanitarian on a mission to improve global health.”