How does the Elanra device affect human health?

Our device is registered by the Therapeutic Goods Administration in Australia as a low-risk ‘Therapeutic’ Air Ioniser.

What are air ions? Ions are any molecule with an unbalanced electron to proton ratio, resulting in a net positive or negative charge. Air ions are generated by alterations in the atmosphere and weather phenomena, natural radioactivity, combustion processes, corona activity on the surface of high voltage conductors of transmission lines, and commercial air ionisers.1

Since their discovery, biologists and physicians have explored whether air ions can influence physiological processes. For example, in 1976, Krueger and Reed first proposed that negative air ions could significantly reduce serotonin levels in the blood and brain.2 However, there has been much debate over the application of small negative ions on the human body. The conflicting findings likely reflect an uneven quality of research and the use of cheaper “air ion generators” that cannot generate the only ingestible ion—the small negatively-charged ion. However, this situation has since been rectified, with investigators worldwide conducting experiments with air ions under rigorously-controlled test conditions. As such, there is mounting data to support that the negative ion content of the air can impact human health, particularly the respiratory system, immune system, and mental health.3

More than a “negative air ioniser”. Although our device does create negative air ions, thus offering the abovementioned biological benefits, this is only part of its action. As science has recently advanced, we have been able to show that our device generates a complex mixture of biologically-active species at the needle tips, termed “physical plasma”.

The Science of Plasma Medicine

Plasma is the fourth state of matter (together with solid, liquid, and gas) and is estimated to comprise 99% of the visible universe. It was first described in the 1920s by the chemist Irving Langmuir, who recognised that the properties of the ionised “gases” he was working with reminded him of blood plasma.

In our device, the initial plasma mixture is created across a gap around a small sharp tipped needle, and it then travels through a proprietary mix of pulsed electric and magnetic fields. These fields have selectable frequencies to allow us to select certain biologically-active components within the plasma. These fields also assist the plasma travel to the human in a specific way which we call Quantum Physics. The device delivers the selected reactive species into the ambient air directly towards the human, where they can be absorbed across the skin, ingested, or inhaled. To learn more about the technology within our device, please click here.

There is growing scientific evidence to indicate cold plasma components can benefit human health.5 For example, cold plasma can help to:

The reactive species within the cold plasma are crucial for these biological outcomes.5

To date, most biomedical applications of cold air plasma involve the direct application of the plasma to the relevant tissue (e.g., to treat chronic wounds). With our device, the generated reactive species can be ingested, absorbed through the skin, or inhaled via the respiratory system, which makes it unique globally. For example, some reactive species will flow into the lung alveoli through the bronchial tubes to eliminate foreign pathogens in the upper respiratory tract. Other species may diffuse across the mucous membranes of the upper respiratory tract and enter the bloodstream, where they could eventually regulate the body’s immune system or exert other biological effects. Indeed, we are only beginning to understand the intricate interactions between cold plasma and the human body and the exciting health benefits this technology provides as our science and research progresses.

Having positively treated over 1 million Australian’s across the items below this company is in a unique position where in human experience over more than four decades has provided a database of rich data and proprietary know-how. Efficacy has been shown to benefit users of all ages in the home, clinic or hospital with no adverse reactions; and uniquely does not interfere with other medical conditions, prescriptions or vaccines.

How?…. It’s not a chemical solution. It’s a physics solution.

To learn more about the science behind the individual applications of our device that harnesses the power of plasma technology, more information on these registered TGA medical claims are coming soon!

Disclaimer: This section is for educational purposes. Always read the label. Use only as directed. If symptoms persist see your healthcare professional.

Bionic Air Pty Ltd is the Australian distributor for the Elanra product range.

The manufacturer is Bionic Products Pty Ltd all products are made in Australia. 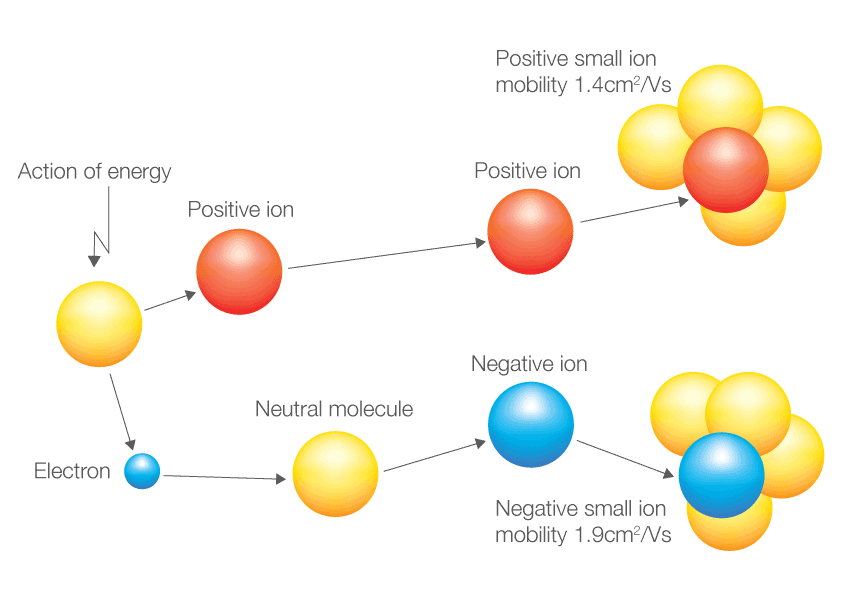 Sulman et al2 showed with a subset of 200 patients that too high a positive ion count in the air (which is the way we live in our modern world) causes very low mood, fatigue, confusion, lack of concentration, culminating in exhaustion. Subjects also complained of being irritable, increased headaches, and exacerbation of respiratory ailments due to the overproduction of serotonin, which we know is the result of too many positive air ions in the air.

Krueger et al1 researched the effects of small negative ions on the very powerful and versatile neurohormone ‘Serotonin’. They found that small negative ions stimulate, while small positive ions block monoamine oxidase action, thus producing respectively, a drop or rise in the concentration of free 5-HT present in certain tissues and eliciting a corresponding physiological response. These experiments were validated over a 16 year period of time in controlled conditions in the USA using 12,000 brains and 36,000 blood samples.

High concentrations of positive ions raised blood levels of 5-HT, while high concentrations of negative ions had the opposite effect. The resulting benefit is physiological changes in the endocrine glands and central nervous system. These in turn substantially alter basic physiological processes. The Elanra can be used to normalise the body’s natural hormonal levels and assist with relieving the symptoms of seasonal conditions that are caused by out of balance hormones created as a result of too many positive ions in the air.

References for the above – adapted from: